Lessons from my weekend away from tech & "connected" to nature

This is another short post on a few small lessons that I was able to reflect on being away from any sort of tech stuff for 3 days on the past weekend.

It's picking up from the post that I made last week just so you have context on this.

I know in the last post I said it was going to be 2 days but, unbeknownst to me, that following Monday was actually a holiday, so I had an extra day to spend in nature.

Some context on the place I was

My parents have a slot of land in the countryside and it's been like left alone for almost a decade but recently (like 2 or 3 years) it's been having more activity and now my father with some help started taking spots of the land and using them to plant and harvest crops.

On the other side, my mom made a garden to grow herbs and plants and some cold-weather fruits and stuff.

The farmhouse doesn't have that many commodities as a regular house but it has everything needed to spend a few days there.

Since now it's been having more activity than before, there are several things that can be done now, both from actual work and also own stuff like exploring, visiting animals, making bonfires and so on.

Here are some pictures to give you an idea of how it looks. 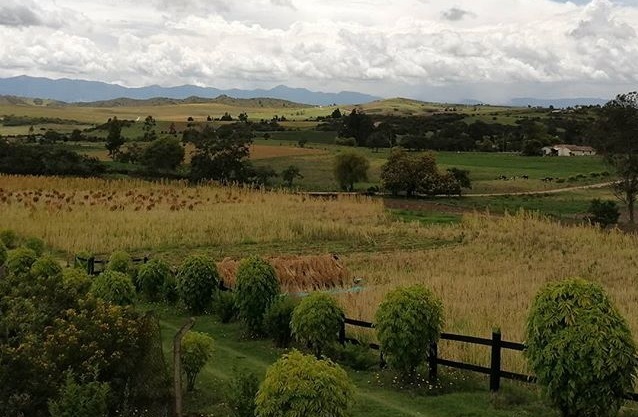 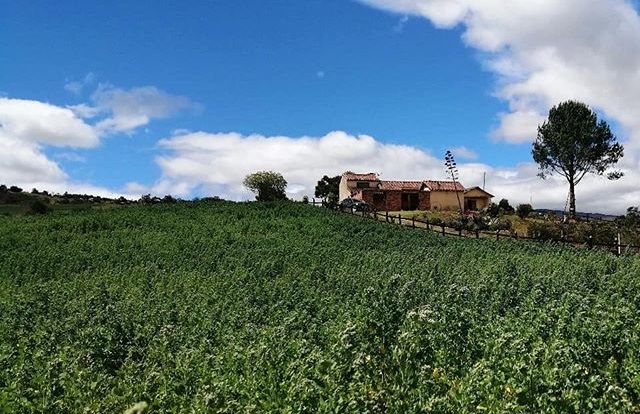 Things I thought about

Naturally, you'd think that a city guy that is really into tech has no place in the countryside digging holes, shoveling soil to make spaces to plant seeds, carrying stuff around and such.

And for the most part, you'd be right. Except that there were so many things that I usually don't do (or have ever done) that I was approaching them from a different perspective than "doing farm work".

In a place like that, you're doing exercise just by virtue of moving from one place to another since one would spend most of the time during the day out of the house and go back for lunch or grabbing something to eat.

It also came to my mind that I could take some space near the house and build my own "natural gym" to do functional training every time I go there. 😆

With this pandemic-induced lockdowns, I've had plenty of time to read about different kinds of things like:

Plus other topics related to strengthening the immune system and its resilience to sickness (pretty useful in these times).

That long weekend was a great space to test out some of those things and get some real-world experience implementing them and seeing the results. (Those are definitely some topics that have been fascinating me I think as much as web development has).

Since there's a different type of living in the countryside, there are certainly different things to do, there's little use for Wi-Fi connection and people usually watch TV or listen to the radio by the evening, the regular schedule shifts to an earlier time to wake up and an earlier time to go to bed.

Because of that, I had plenty of time to read (I brought my Kindle with me) and to write down my thoughts and think of different possibilities to pursue if I wasn't working as a software engineer at a tech company.

I also realized that while I enjoyed the time there to unwind, let the stress go and see myself in a different kind of life; I can't deny that technology is something I'm really passionate about and is that small thing that has the BIGGEST leverage to accomplish things that would otherwise be impossible doing them in the traditional way.

It also made me think of the most "essential" things I would need to live a good life, putting together the best of both worlds (being in the countryside with internet connectivity for work).

I have to get proper gadgets for doing work, having backups and a good source of energy to maintain a stable connection (solar panels maybe?).

But the important part here I think it is having the choice of when to connect to the internet and use its power for good and not letting things there dictate how I should live.

So after all of this, when you think about "should I choose the technology and connectivity or nature and a more traditional way?"

Well, the answer would be

Photo by Steffen B. on Unsplash