Going back to basics

I originally wrote this post back around the end of June when I got my personal laptop back after being away from it for a couple of months.

I wrote it to share some the takeaways of that experience in the hopes that it would help others who probably didn't have the opportunity to take some time, sit down and reflect on the current state of things being.

So that's it, I did some cleanup and re-wording to the text but the overall idea stays the same, hope you enjoy.

So there I was, back with my parents in a different city. With some familiar things but none of my own.

A good thing is to be able to work remotely with just a pc and an internet connection.

So in the day, I would be focused on my job but then in the evenings and weekends is that I would miss my other stuff, like the books I was reading and my personal pc with all the things I've been doing and learning about.

To make matters a little bit worse, the whole routine that I properly crafted for myself fell apart. Without access to a gym for exercising in the mornings, without my alarm clock and without most of my clothes.

But initially, it was okay because this was just a temporary thing (right?).

Then 30 days passed, then another 30 days passed and I was growing restless real fast 'cause like I told a friend over a video call, "It's the first time in my life that I've planned the months of the year ahead and was doing really great during the first 2 but then BOOM everything fell apart".

On a weekend with nothing much to do, I had to come to grips with the idea that this situation was no temporary thing and even if it would end the next day, I will be going back to a different city from the one I left in the first place.

So in SCRUM terms, I had several things that I was working on but I was full of blockers and impediments.

Due to my personality, I'm a perfectionist and a bit of a control freak, the situation I was facing in my mind was a HUGE challenge, an emergency.

(and you kinda have to agree that it did look like the end of the world was over us already).

Both of the options actually caused me quite the anxiety for different reasons but then it was around the time that I remembered a quote from Marcus Aurelius. 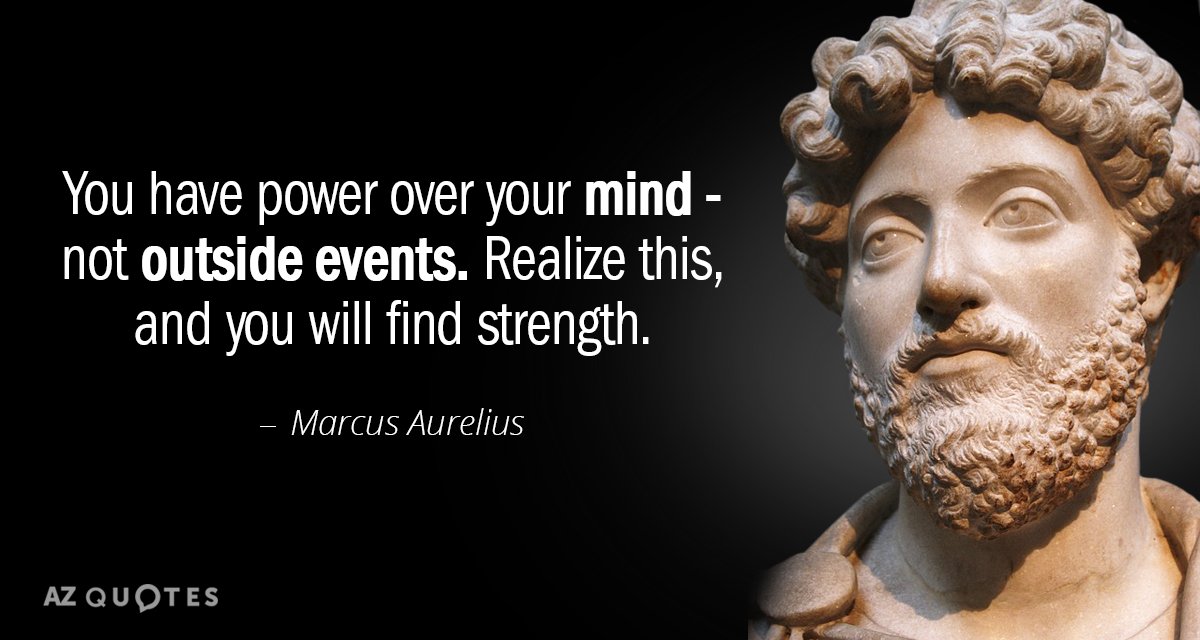 So like I said before, I took a weekend to reflect on what was happening and to mourn my abruptly interrupted and very well crafted 6-month plan.

Mostly on Sunday was that I went through some of the stages of grief, resolving internal conflicts, and dealing with the repercussions of possible actions.

Initially, of course, was the desire to go back to where I was living and retake my routine, thinking this was just a temporary thing and that "it too shall pass".

That was just me living in denial for the 2 months prior to that weekend, but you know what the Architect in the Matrix told Neo in their encounter.

After the bargaining and depression that came after, Sunday was coming to an end and I had to make a choice between the 2 options.

Some thoughts came to my head that had come before but I hadn't paid much attention to them in the past and they were based on the idea of essentialism.

If everything was taken from me, what are the few absolute basics I would need to survive and keep moving forward? That was the question that remained in my head and then another popped up.

Would I be moving in the same direction as before or would I take this chance and be more focused on long-term goals instead of half-year ones?

In a situation where you face a crossroad like this and you can't move forward unless you make a choice. What path would you take?

In my case, I decided to rebuild things from scratch.

For embarking in that endeavor I had to, as they say, go "back to the basics" and rediscover what were the things that have allowed all the progress I had in the last couple of years. Interestingly, soon after that, I came across this tweet while I was going through my feed.

So there was it, that was the action I had to take to start the redefining process (although I'm sure that Jack didn't mean the kind of basics that I'm referring to but it still works for me)

Now, I had to go back, relearn my basics and build upon them to create the tasks that would make part of the new "backlog" for achieving the goals oriented to my year's theme.

Now going to the absolute essentials needed, I thought about the following:

That's about it, everything else is just an added benefit, a nice plus.

Okay, but those are physical things. What about the mind?

For the mind, there are a few things I've discovered over the last 5 years which are my essentials. Specifically 3.

I'll describe what each of those concepts are in case you're not familiar with them (or if you want to try them for yourself and see how well they work).

For now, I want to leave you with the small challenge of doing that thought experiment for yourself. What are your absolute essentials?

Thanks for your time reading this far, I'll come back with another post next week. Until then stay safe, stay healthy & stay awesome. 😎